Cast of the skull of Robert Burns 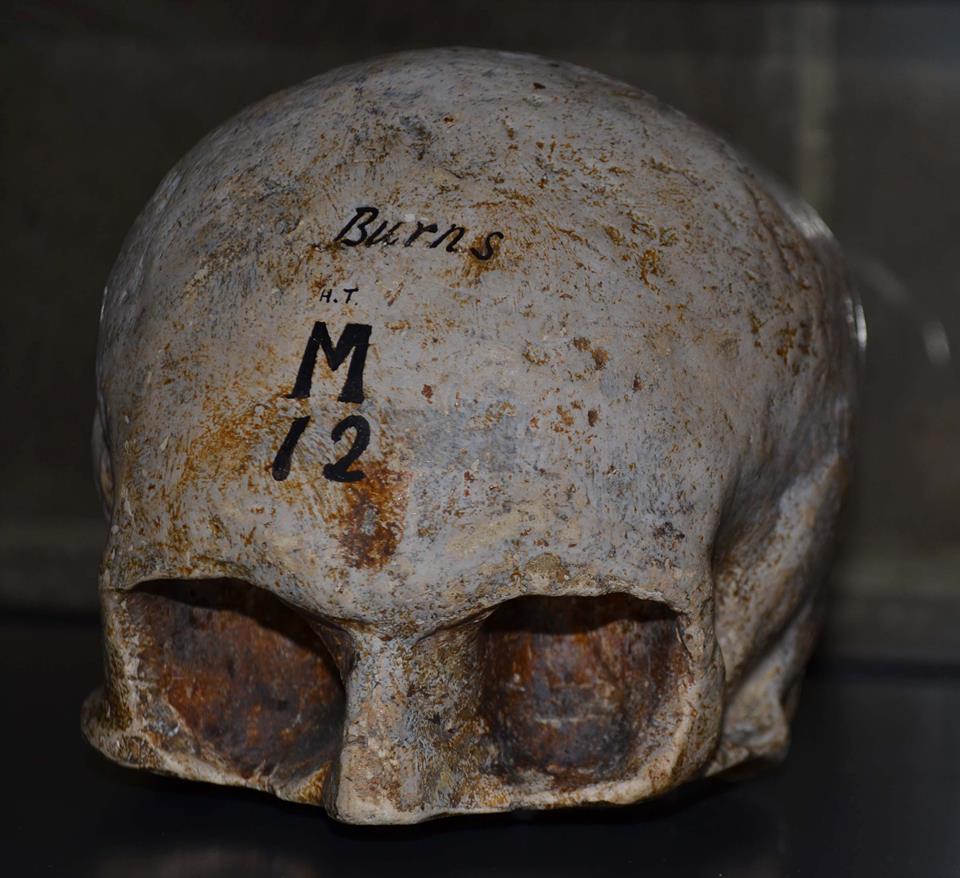 Robert Burns died in 1796. In 1815 his remains were transferred from his original burial plot to a mausoleum in St Michael’s Kirkyard, Dumfries. In 1834 the crypt was re-opened to place the remains of Jean Armour, his widow. During this time, Burns’ skull was temporarily removed by local phrenologists. Phrenology was a 19th Century theory that believed that the shape or uneveness of the skull could measure intelligence, character traits and behaviour. As a famous person, Burns’ skull was of particular interest to them. The phrenologists took the skull to local plasterer James Fraser, where a mould and cast were made. The cast you see before you was then rushed to Edinburgh for George Combe’s phrenological examination.

On display at the Anatomical Museum, University of Edinburgh during their open days.