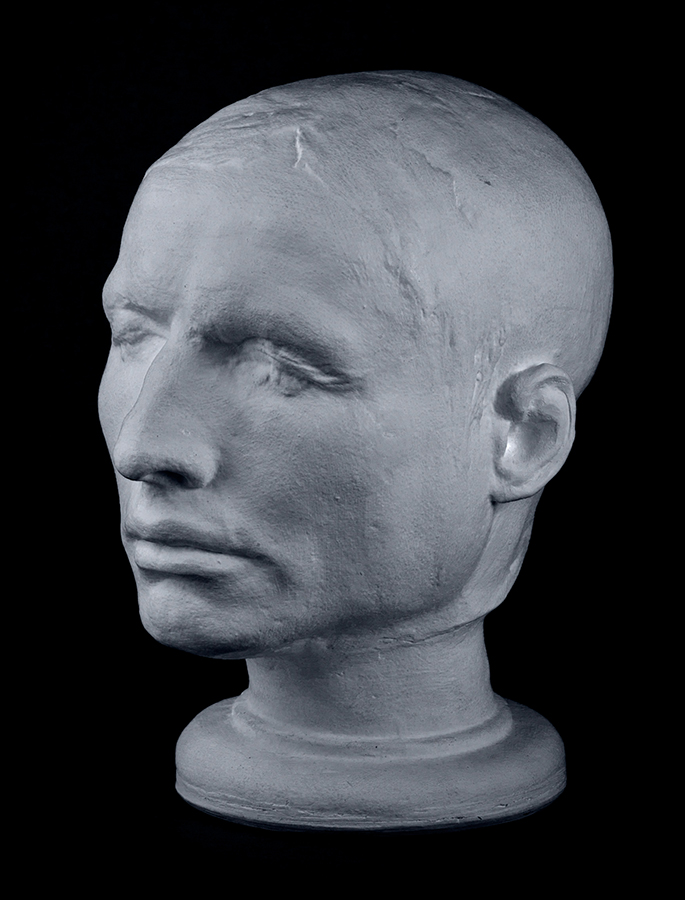 Burke & Hare were notorious murderers, killing 16 people in Edinburgh to supply Robert Knox with bodies for dissection in 1828. Hare turned ‘King’s Evidence’ and confessed their crimes to the authorities in return for his freedom. Burke was tried and hanged and his skeleton placed in the Anatomical Museum as part of his sentence. The fate of Hare his partner-in-crime, is unknown. Historians now think that Hare, despite being younger than Burke, was the more to blame of the two for their crimes. I think this makes the life mask of Hare particularly intriguing, while we have a death mask of Burke, as far as we are aware no death mask exists of Hare.

On display at the Anatomical Museum, University of Edinburgh during their open days