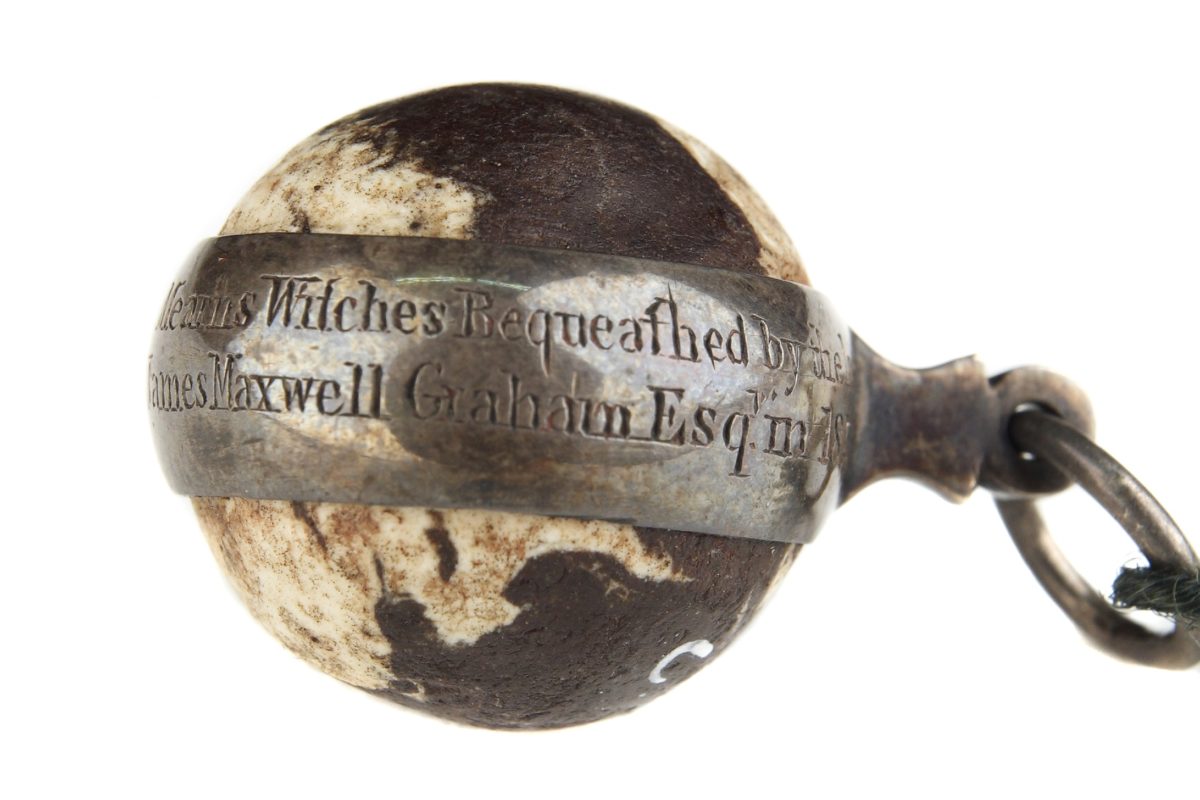 This witches’ charm from Mearns in Angus, north eastern Scotland, belonged to a well-known dynasty of practitioners of magical rituals and spells. It’s made of brown and white worn glass marble, set in a silver band Worn as a protective amulet against poison, it was said to grow in strength as it was passed down the generations and shows the extent to which these beliefs and rituals were still active in 18th-century Scotland. It was presented to The Hunterian in 1813.

© The Hunterian, University of Glasgow

You can find out more at on The Hunterian’s online collections database.