THE AFTERLIFE OF MARY QUEEN OF SCOTS

This major new exhibition at The Hunterian, University of Glasgow, explores the legend of Mary Queen of Scots and her cultural afterlife.

Mary Queen of Scots (1542-1587) has been a cultural icon and source of fascination for centuries. More than four hundred years after her death, she continues to polarise opinion and to hold a fascination for the public, both in Scotland and around the world. Mary’s legend has been extensively depicted and immortalised in film, music, books, plays, art and on coins and medals.

This major new exhibition at the Hunterian Art Gallery does not simply re-tell the story of the Scottish queen’s life. Instead, it explores Mary’s cultural afterlife and her posthumous reputation, considering why she has had such an important and enduring presence in Scottish collective memory and popular culture.

Through items from The Hunterian and University of Glasgow Archives and Special Collections, including art, coins and medals, printed books, charters and other archival material, the exhibition explores what these objects can tell us about different societies’ attitudes to Mary and also how they point to broader issues including gender, sexuality, monarchy and diversity.

Key objects include a rare medal commemorating the marriage of Mary to Lord Darnley in 1565, a Mary Queen of Scots Thirty-Shilling Piece from 1555 (Mary’s coinages were the first to feature portraits of a female Scottish monarch) and one of the most significant Queen Mary pieces in The Hunterian collection, a romanticised painting by Gavin Hamilton (1723-1798) called The Abdication of Mary, Queen of Scots.

The exhibition is the result of a University of Glasgow led research project mapping the presence of Mary Queen of Scots items in Scottish heritage collections, aimed at understanding how Mary’s legend has impacted on Scottish society and culture.

No booking required. Entry is free. 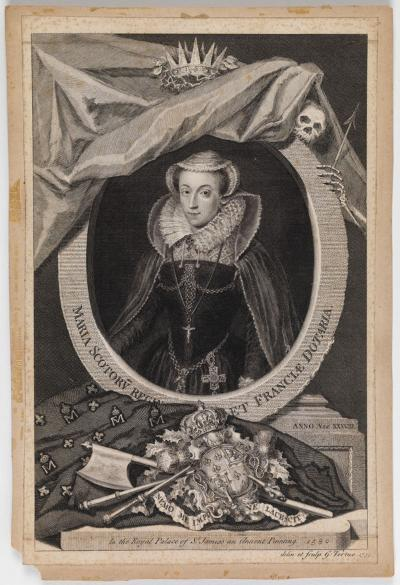